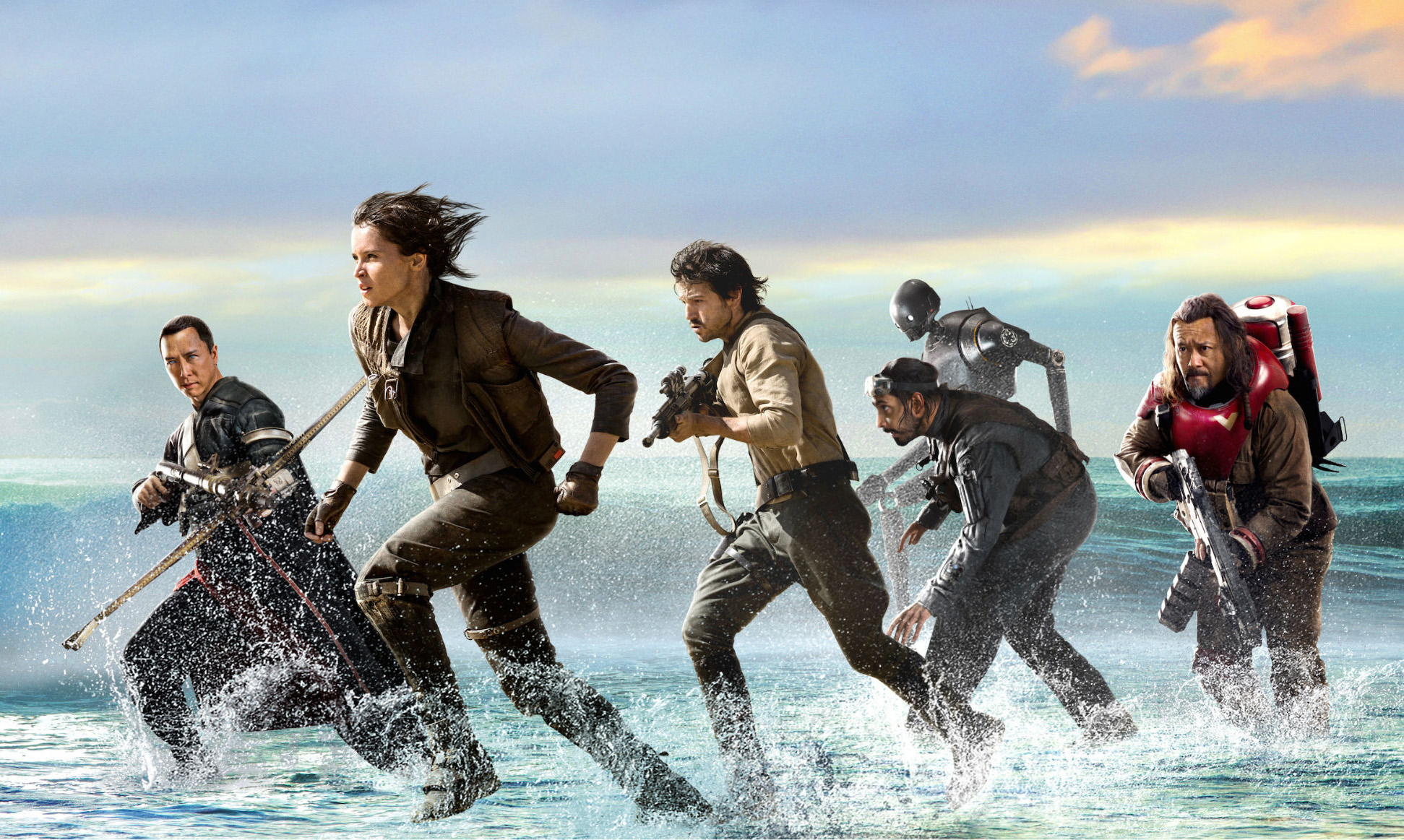 Warning: Some minor spoilers
There is so much to talk about regarding Rogue One. I’ve already read a lot just in the past few hours this morning and looking forward to reading even more. So not to double up on any of the main discussions going around I wanted to instead share something from the overall feeling I took away from this film.
I really, really enjoyed Rogue One. Like REALLY enjoyed it. When it ended I found myself with tears in my eyes, both my hands shaking, my heart rate sky spiking, and barely being able to speak in complete sentences. This wasn’t 100% from the amazingly action packed final 20 mins of the movie, it did most certainly help, but from something else that I couldn’t put my finger on at the moment. I’ve had 12 hours to ponder on this feeling and I think I’ve figured out what it was.
This was a less a feeling of enjoying a new Star Wars film and more like visiting some where that feels so familiar but you’ve never been to before. Like going back to where you grew up many years later and even though a lot has changed you can still see the framework of the town that was. A feeling similar to deja vu but when you are aware that this is something different and not exactly what was before. A strong emotional link between something from the past and something in the present. Let’s call it “newstalgia”.
I’ve watched ‘A New Hope’ more times than I can count. I was 3 months old when it first hit theaters in 1977 so I’ve had decades to ware away multiple VHS tapes, DVDs, and even Blu-rays of this film with so many revisits. Almost every time I clean our house I still throw in one of the films from the original trilogy. So to say New Hope is engrained in to my life is an understatement.
When Rogue One’s credits first started to roll and I turned into a big ball of goo I thought I was being overwhelmed by a new Star Wars film that made New Hope an even better film (which I do think it did and is worth it’s own blog post) and all the call backs to Episode IV where just triggering so fast that I couldn’t process everything that just happened fast enough. I also thought that I might have been a bit punch drunk going into seeing the film since in the past 2 weeks I had been on 5 flights across two times zones and not had much sleep during this time as well. After some more reflection, sleep, and whiskey I landed on these not being the main causes for clutching my girlfriend’s hand all through the credits like I was afraid I going to float away. It was newstalgia.
When finding out why the first Death Star had such a big design flaw. Newstalgia.

When seeing new scenes of Grand Moff Tarkin, Darth Vader, & Mon Mothma. Newstalgia.
When watching Rebels die trying to pass along the plans on an invaded ship. Newstalgia.
When finally putting all the pieces together that link the new with the old and you feel them merge together in that place inside you where you keep all those wonderful memories for the old and it feels like being plugged into the Matrix and suddenly getting new DLC for Ms. Pac-Man. Newstalgia.

6 thoughts on “Rogue One: A Star Wars Fan Story”